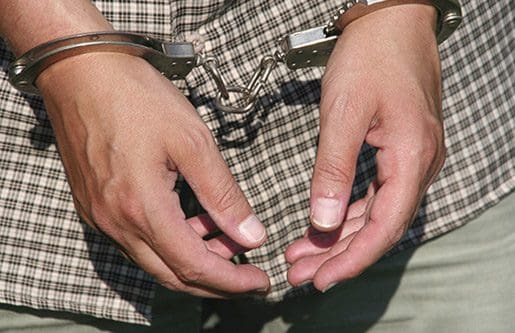 As Forensic Science Advances, Questions Arise About Past Evidence

In Laura C. Morel’s article, “Evolving forensic science prompts new look at old convictions”, an autopsy shows hidden injuries on the man’s shoulders.  The public clerk was quickly identified as the attacker and eventually confessed to the murder of this man. The public clerk will be back in court this February to try and prove he was convicted on flawed science.

Rensch Law has 20 years of experience when it comes to murder charges. Having dealt with many murder cases, our lawyers understand each case is unique requires different information.

On the morning of Oct. 8, 1988, Lloyd Martz’s ex-wife found him slumped in the corner of his bedroom. The 49-year-old car leasing agent had been stabbed and beaten with a fire poker. During his autopsy, a medical examiner noticed bite marks on his shoulders. Inside his Mercedes convertible, investigators found strands of brown hair.

Forensic experts concluded that the hairs and the bite marks belonged to Michael Annen, a 24-year-old Publix clerk. Martz had picked him up the night before his murder, when Annen was hitchhiking.

Prosecutors made Annen a deal: Plead guilty and avoid the death penalty. In September 1990, Annen accepted the offer and was sentenced to life in prison. After his hearing, he confessed to the murder, police records state.

But next February, Annen, now 51, will be back in court alongside Pinellas-Pasco Public Defender Bob Dillinger and the Innocence Project of Florida. They will explain that Annen was convicted on flawed science. The case is the latest in a wave of nationwide appeals questioning the validity of forensic evidence long relied on by the criminal justice system.

“It’s incredibly difficult to get courts and the forensic community to acknowledge error,” said Chris Fabricant of the Innocence Project of New York, “to acknowledge that a technique that has been used for a century is no longer valid.”

The first recorded use of hair evidence in a criminal case dates back to 1855 on a cotton plantation in Mississippi. An overseer was found dead. Witnesses found a noose nearby that contained a few stray hairs. The strands “corresponded exactly in color and length” with the victim’s, according to an article published in a Virginia legal journal last year. Through the decades, police and prosecutors used microscopic hair analysis to identify suspects.

It works like this: lab examiners mounted hairs found at a crime scene to slides and, with a microscope, compared those strands to hairs from a suspect. If the strands are “microscopically similar,” they concluded that the hair came from or “likely” came from the suspect.

But hair analysis has now been widely challenged. In 2005, Congress directed the National Academy of Sciences, a nonprofit of the country’s leading researchers, to study all forensic sciences, including hair analysis. Their conclusion: This technique can’t identify one person to the exclusion of all others. After three men from Washington D.C. convicted in part by hair evidence were exonerated by DNA between 2009 and 2012, the FBI launched a review into these kinds of cases.

To date, the agency, with help from the Department of Justice, the Innocence Project, and the National Association of Criminal Defense Lawyers, have reviewed more than 2,000 cases. Nearly 170 of them are from Florida, an FBI spokesperson said. Among the cases is Annen’s. Court records show that in 2014, Pinellas-Pasco State Attorney Bernie McCabe got a letter from the Department of Justice. The lab report in Annen’s case, it read, “exceeded the limits of the science.”