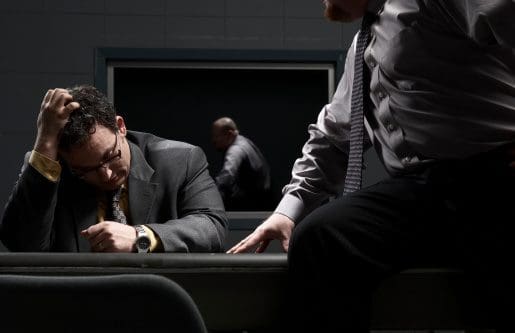 “If you plan on being arrested for a felony, you must read this book.”

Also, if you have an interest in fairness, justice and preventing wrongful convictions, then the new book “How the Police Generate False Confessions,” by former Washington, D.C., homicide detective James Trainum is an important read. It takes you inside the interrogation room to see how investigators extract admissions from innocent people, and how the justice system can fix this persistent problem, seen in high profile cases such as the Central Park Five, the Norfolk Four and the teenaged suspect from Wisconsin in the Netflix series “Making a Murderer.”

It’s a phenomenon that remains, understandably, incomprehensible to many. Someone “admits” to a crime they did not actually commit, to a police detective of all people, knowing they face a long prison sentence for doing so. Who would do such a thing? In all three of the cases above, young men admitted to committing rape, and in two of them to gruesome murders.

Trainum, 61, spent 17 years in homicide for the Metropolitan Police Department, retiring in 2010. He was the lead detective on the high-profile Starbucks triple murder in Georgetown in 1997, which he eventually helped solve in 1999. But in 1994, Trainum had an eye-opening experience when he obtained his own false confession. After a 16-hour interrogation, a woman told him she and two men had killed a man whose body was found, bound and beaten, near the Anacostia River. She was charged with first-degree murder. But she recanted weeks later, and Trainum found proof that she couldn’t have been where she originally claimed at the time of the slaying. The charges were dismissed.

“What did I do,” Trainum asked himself, “to convince this person to tell me something she didn’t do? How did she get all those details she shouldn’t have known?” He realized that implying that her cooperation would get her better treatment from the prosecutors, and minimizing her role in the case to obtain her testimony against co-defendants, as well as a mistaken handwriting analysis and a bogus “voice stress test,” got her to confess.

Trainum writes that suspects often make false confessions because they make a bad cost-benefit analysis. They think that confessing will allow them to go home, or allow them to face lesser charges, or protect other people. In “Making a Murderer,” 16-year-old Brendan Dassey confesses to murder and then asks if he can return to class at his high school. That confession and others were later used against him at trial and he was convicted, though in August of this year the case was overturned after a federal judge ruled the confessions were coerced and involuntary. “Thank God for videotape,” Trainum said of the confession. “Those detectives were not seeking the truth. They’re seeking a confession.”