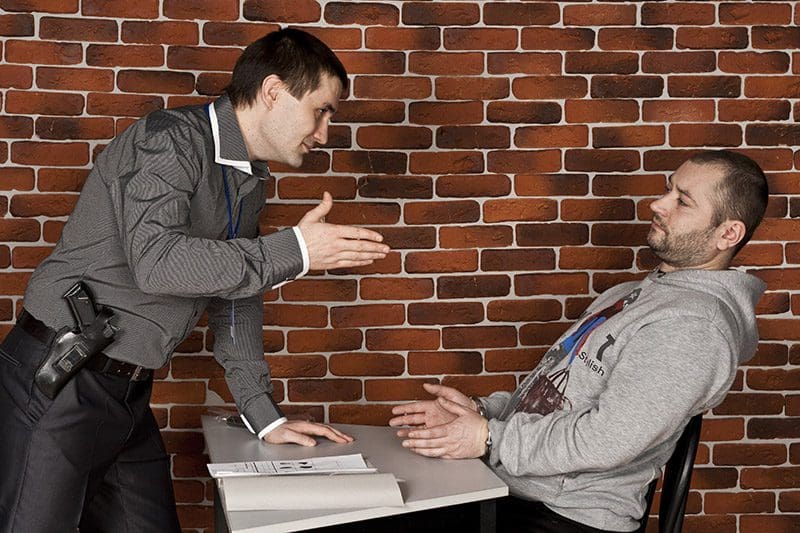 People think confessions mean somebody is guilty, but it is just not true all the time.  In a third of the death row DNA exonerations proving actual innocence there were false confessions of the event.  In the future these interview techniques which have been used for over half a century will be viewed the way we now view an interrogation where people were beaten badly, as it was in the 1940s.  Check this article out published by The Marshall Project, which is nonprofit journalism about criminal justice, on March 7, 2017. The article is also copied below.

The Seismic Change in Police Interrogations

A major player in law enforcement says it will no longer use a method linked to false confessions.

By ELI HAGER at The Marshall Project

You may have never heard of the Reid technique, but chances are you know how it works. For more than half a century, it has been the go-to police interrogation method for squeezing confessions out of suspects. Its tropes are familiar from any cop show: the claustrophobic room, the repeated accusations of guilt, the presentation of evidence — real or invented — and the slow build-up of pressure that makes admitting a crime seem like the easiest way out.

That’s why it jolted the investigative world this week when one of the nation’s largest police consulting firms — one that has trained hundreds of thousands of cops from Chicago to New York and federal agents at almost every major agency — said it is tossing out the Reid technique because of the risk of false confessions.

Wicklander-Zulawski & Associates, a consulting group that says it has worked with a majority of U.S. police departments, said Monday it will stop training detectives in the method it has taught since 1984.

“Confrontation is not an effective way of getting truthful information,” said Shane Sturman, the company’s president and CEO. “This was a big move for us, but it’s a decision that’s been coming for quite some time. More and more of our law enforcement clients have asked us to remove it from their training based on all the academic research showing other interrogation styles to be much less risky.”

Research and a spate of exonerations have shown for years that Reid interrogation tactics and similar methods can lead to false confessions. But the admission by such a prominent player in law enforcement was seismic.

“This is big news in the interrogation world,” said Steven A. Drizin, a law professor at Northwestern University and an expert on police interviews.

Joseph P. Buckley, the president of John E. Reid & Associates, which licenses the Reid method, said Wednesday that Wicklander-Zulawski’s announcement was “very misleading and disingenuous.” He said the technique has consistently held up in court and that it is not “confrontational” except when evidence already suggests the suspect’s guilt.

Wicklander-Zulawski said it would use the Reid technique only to educate police on the risk and reality of false confessions.

The method, the company said, “has remained relatively unchanged since the 1970s, and it… does not reflect updates in our legal system.”

Buckley said that Wicklander-Zulawski has been teaching the 1984 version of the Reid technique, which does not include “any of the updates or new material that we developed” since then — making it unfair to suggest that Reid itself is outdated.

The technique was first introduced in the 1940s and 50s by polygraph expert John Reid, who intended it to be a modern-era reform — replacing the beatings that police frequently used to elicit information. His tactics soon became dogma in police departments and were considered so successful in garnering confessions that, in its famous 1966 Miranda decision, the U.S. Supreme Court cited it as a reason why suspects must be warned of their right against self-incrimination.

But the advent of DNA evidence and advocacy by the Innocence Project in the 1990s showed that about one-third of exonerations involve confessions, once believed to be an absolute sign of guilt. Academics have theories why someone would falsely confess to a crime, including having a mental disability, being interviewed without a lawyer or parent in the room, or suffering through hours or days in jail before questioning.

But the most common factor is the Reid method and its imitators, experts say, since it can create confirmation bias in the minds of investigators while overwhelming a suspect to such an extent that the truth no longer seems like the best option.

“At some point, the technique itself has to take responsibility,” said Saul Kassin, a professor of psychology at John Jay College of Criminal Justice and an expert on police interviews. “What Wicklander-Zulawski has realized is that once you start down the road of using trickery and deception, the misuses are inherent in that. There are no clear lines of, ‘This is a good amount of trickery, and this isn’t.’”

Experts are cautiously hopeful that Wicklander-Zulawski’s decision will mark a turning point for interrogation tactics around the country and hope in-house police training shops will follow suit.

“We don’t know yet how much of the old methods they are going to shed. Will they also stop teaching police officers that they can detect liars from truth-tellers based on body language and verbal cues, which study after study shows are unreliable?” Drizin said.

To Maurice Possley, a journalist who helps maintain a comprehensive registry of exonerations at the University of Michigan and has written for The Marshall Project, it’s a big deal either way. “This is not defense attorneys or wrongly convicted defendants saying it,” he said. “A major player in the field of law enforcement has stated that this method leads to false confessions.”